The Absolute Club Concert will take the audience into the club sounds from different eras. From Birdland to Studio 54 and Palladium in London, with swing music from roaring 20’s to ambient, house and hip-hop of now.

A combination of club concerts and full length immersive shows, the Absolute Festival conserts take the audience on a musical journey through the Sounds of World Clubs throughout different eras, from the 20’s to the present. We create an atmosphere for active participation, make new friends, dance, experience life and share the energy.

Sneak Peak of the Rehearsal before the Premiere 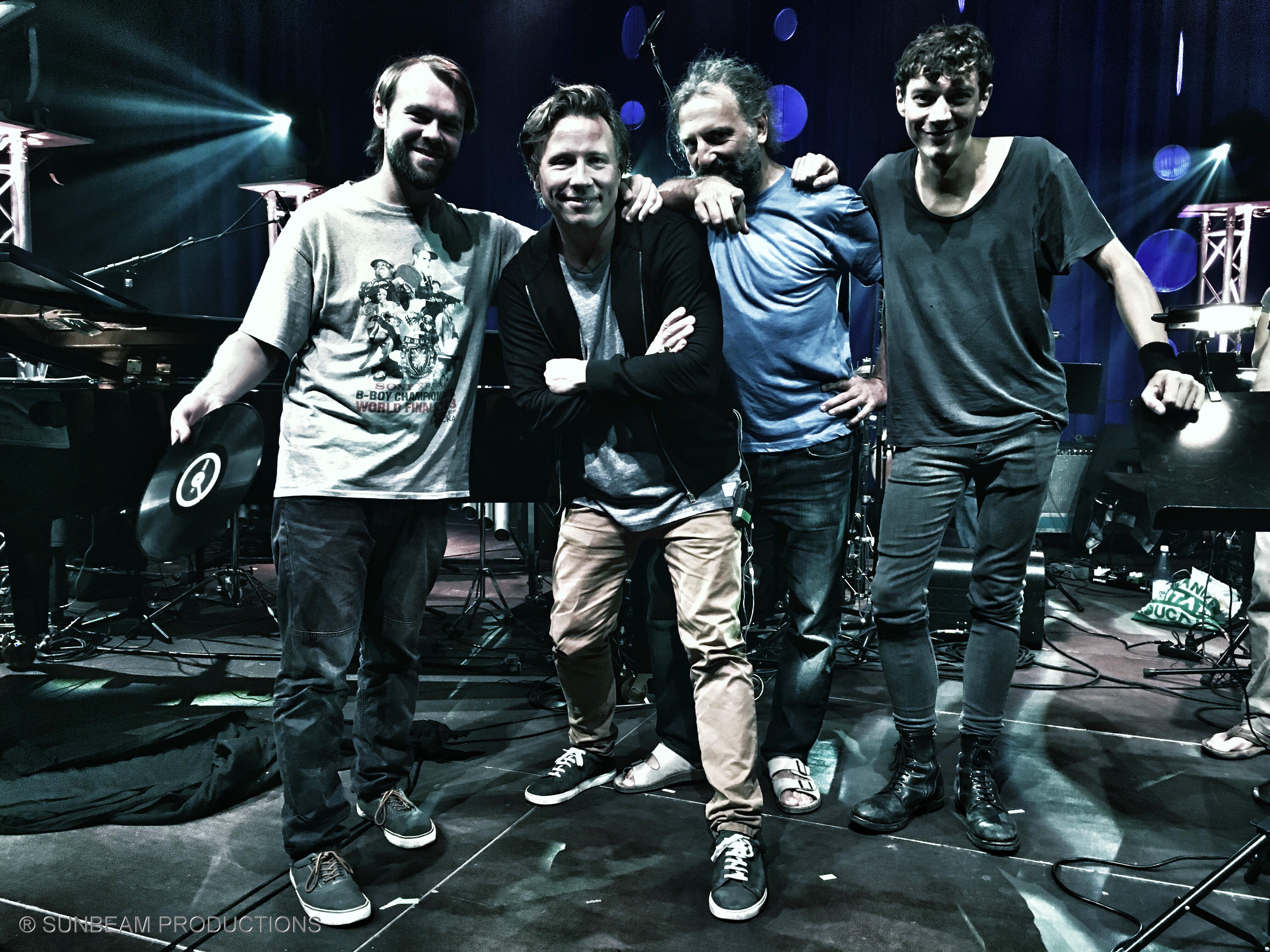 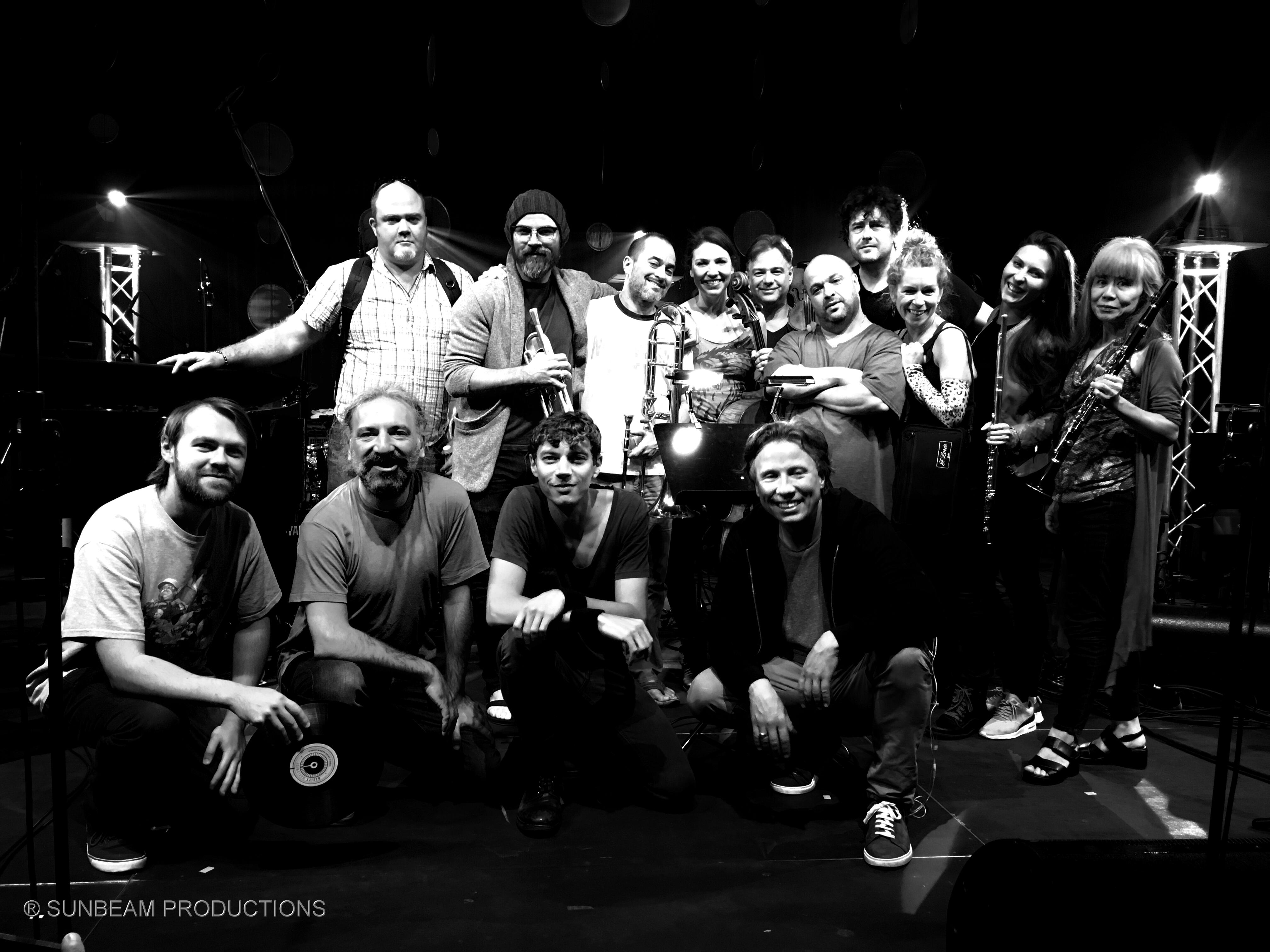 Music as a huge game to be re-invented time after time, alone or with different partners.

Bollani takes the stage to learn something every night and “because it is cheaper than paying a psychoanalyst.” He’ s constantly searching stimulations everywhere, in all the music of the past but most of all he’ s exploring the present, the moment being, improvising alongside great artists like his noble mentor Enrico Rava, Richard Galliano, Bill Frisell, Paul Motian, Chick Corea, Hamilton de Holanda.

With the same spirit he’ s infiltrating inside symphony orchestras such as the Gewandhaus in Leipzig, the Scala in Milan and the Orchestre National de Paris, being taken by the hand by directors brave and enthusiastic such as Riccardo Chailly, Krjstian Jarvi, Daniel Harding.

Since 12 years, along with bassist Jesper Bodilsen and drummer Morten Lund, he is seeking a way to transmit to the public the same fun they experience whenever the voices of their instruments meet.

He celebrates the song-form alongside Caetano Veloso and Hector Zazou but also with renowned compatriots such as Irene Grandi, Fabio Concato, Elio e le Storie Tese.

When he’ s not playing, he’s writing books or creating theatre shows such as Primo Piano, with Banda Osiris or La regina dada, written and performed with Valentina Cenni, who, besides being a wonderful actress, is the woman who lives at his side.

In the radio, thanks to the cooperation with that wizard of David Riondino, he gave life to Dr. Djembè, omniscient musicologist who has been spreading seeds of irony and sarcasm for several years through channel RadioRai3′ s microphones.

On TV, after the experience at the court of Renzo Arbore, he threw himself into jam sessions of speech and music in two seasons of his Sostiene Bollani on channel Rai3.

Everything is always made to communicate joy. Joy in spite of everything, as the title of his recent work for ECM says, borrowing a phrase from the great Tom Robbins.

Francesco Tristano’s recordings attempt to embrace a broad spectrum too; for Deutsche Grammophon he developed programs based on Cage and Bach (“Bach/Cage”, 2011), Buxtehude and Bach (“Long Walk”, 2012), Ravel and Stravinsky in “Scandale” (2014). Then also, for the French label Infiné he has developed his own compositions where the main ingredients are rhythmic experimentation, abstract texture and a unique sensation of freedom. Although it can seem as a contradictory method, almost bipolar, in reality, there is a very direct – however tenuous – line that connects Bach with techno music; the dance rhythm, harmony and order you may find in Bach are very much alive in pop music. There is a familiar energy, and also a rigid and intense sense of groove.

Techno music entered his life while pursuing his degree at the Juilliard School of New York. During the day, he would lead The New Bach Players through their Bach readings, and at night, the city’s clubs would introduce him to house and techno music. In “Not for piano” (2007), he published his own compositions as well as piano versions of Detroit anthems such as, “The Bells” (Jeff Mills) or “Strings of Life” (Derrick May). A year later, with “Auricle Bio On” (2008), he introduced the sound of the piano and use it simultaneously as a sampler and synthesizer. In fact, with the release of “Idiosynkrasia” (2010) Francesco accomplished the synthesis of both languages; digital virtuosity and rare electronic textures, which he would claim as ‘Piano 2.0’.

Mr Switch aka Anthony Culverwell is one of the most talented & successful DJs to come out of the UK – noted worldwide for his versatility, party rocking abilities & scratch skills.

Having made his name & reputation on the DJ battle circuit, Switch’s efforts led him to take the ultimate prize and become the reigning DMC WORLD CHAMPION in 2014, winning the longest standing DJ competition in the world. This is his 4th world title, following his back-to-back wins in the ‘Battle For World Supremacy’, 3 years in a row.

Under his previous guise of DJ Switch, Anthony performed as soloist in Gabriel Prokofiev’s “Concerto For Turntables” alongside the National Youth Orchestra in 2011, becoming the first DJ in history to perform on the BBC Proms, the UK’s largest classical music festival.

“I wish I’d checked myself…” – Guy who wrecked himself

“I happen to be mesmerised by Mr Switch every time I see him play… at his cutting, twisting, inverting, teasing & virtuosic (in the traditional sense) best” – The Cusp

sounds with complete relaxation… like a Zen master, making something so 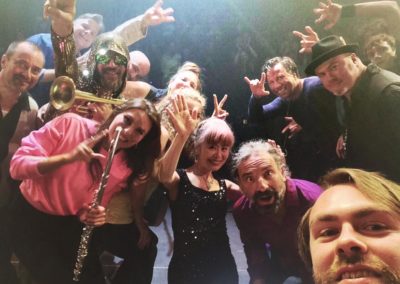 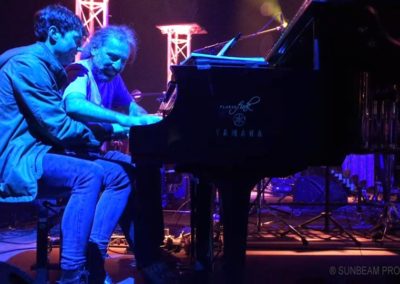 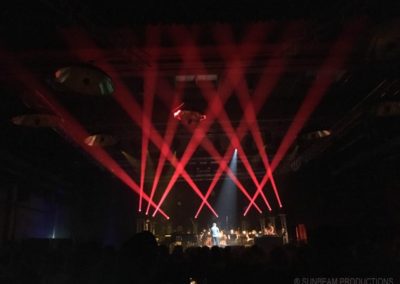 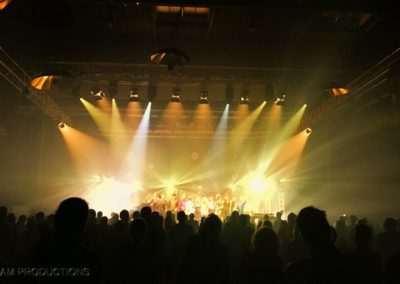 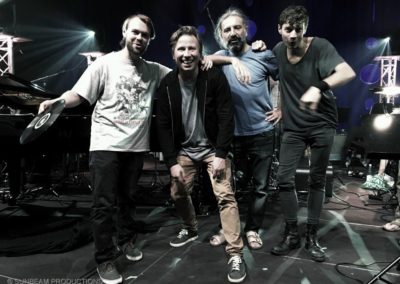 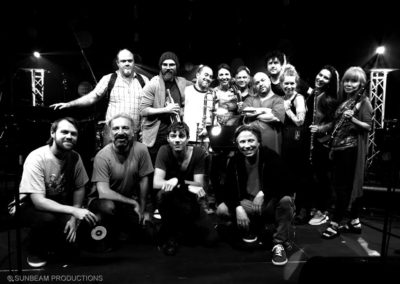 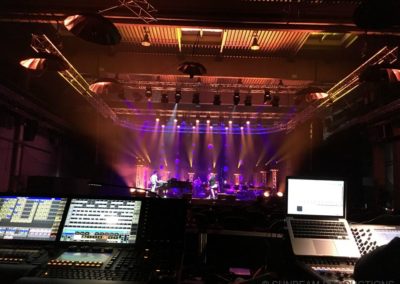 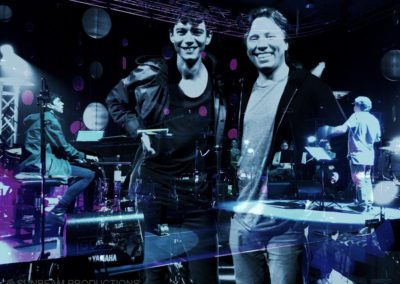 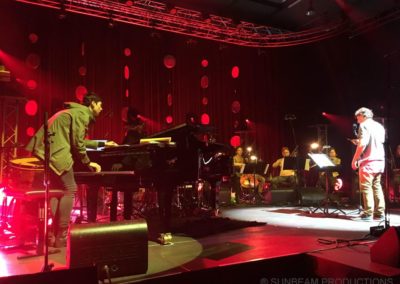 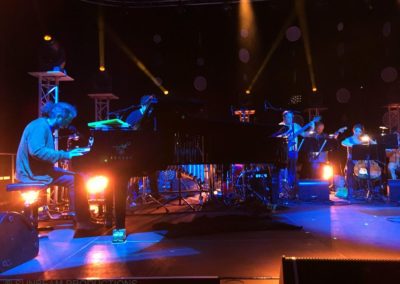 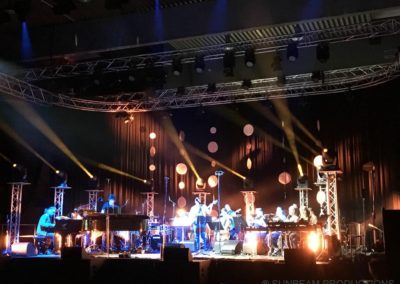 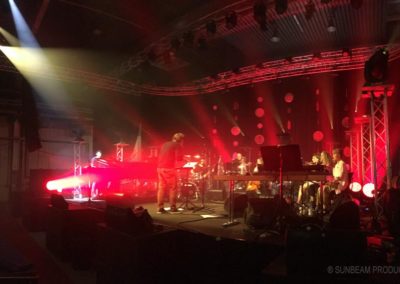 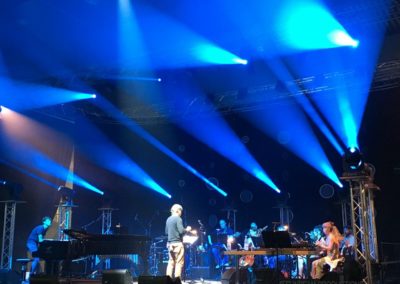 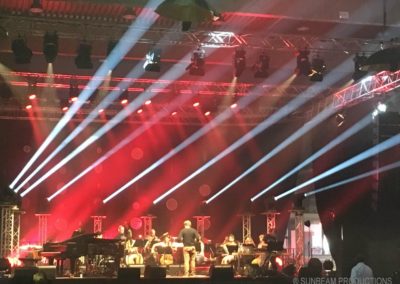 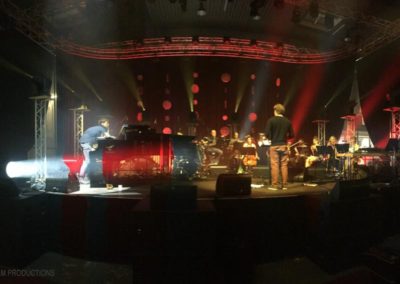 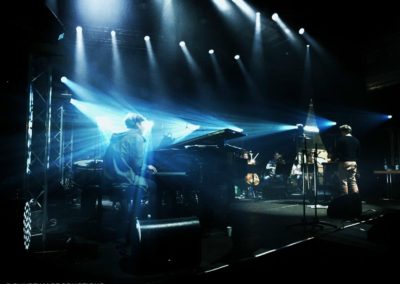 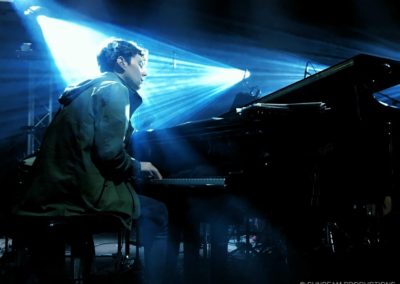 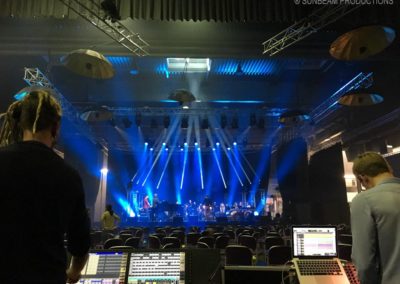 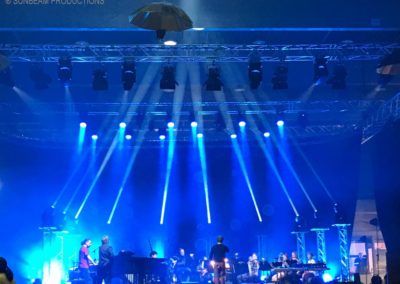 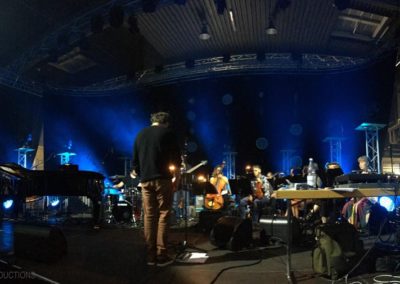 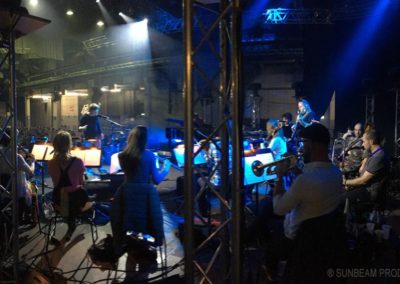 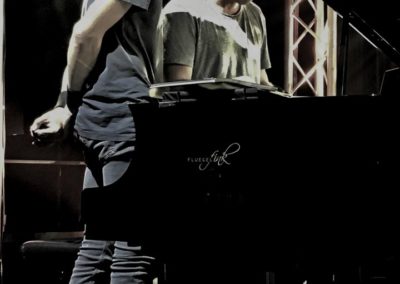 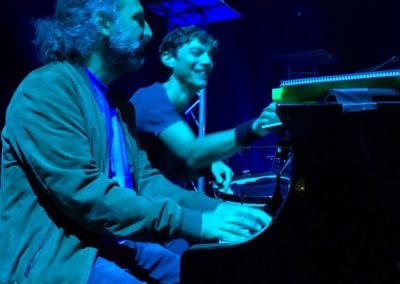 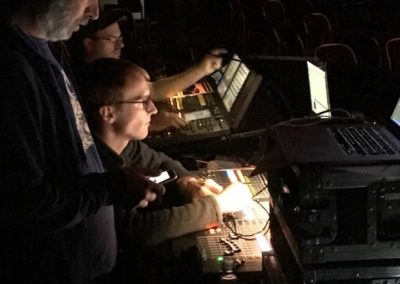