A Nordic band of electro acoustic musicians from Estonia to Iceland playing music that stirs the soul and captivates the imagination. Journey with us into a different time, space, and dimension where the sea unites with the snow, forests, and the northern lights… Nordic Pulse as the in-house band of Sunbeam Productions  made its debut in its first show in Moscow with the new Sunbeam Production “The Elements” in December 2017. This production was continuted with concerts in New York and Washington DC. 2018 Nordic Pulse premiers its collaboration with Nico Muhly and his highly anticipated new album featuring Teitur and his piece “Confessions”, with a concert at the Elbphilharmonie in Hamburg. 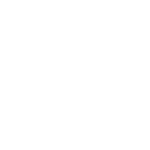 “YOU HAVE BRAINS IN YOUR
HEAD. YOU HAVE FEET IN YOUR
SHOES. YOU CAN STEER
YOURSELF ANY DIRECTION
YOU CHOOSE.”
– DR. SEUSS