SOON TO BE ANNOUNCED 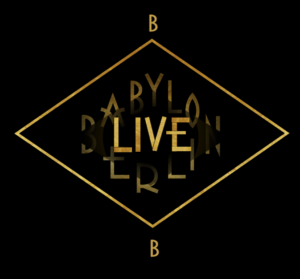 Based on the best-selling novels by Volker Kutscher, BABYLON BERLIN is the first German TV series where viewers can emotionally experience the story of the political developments leading from the Weimar Republic to the spread of National Socialism. Through the eyes of Gereon Rath, the young police inspector from Cologne, we get a glimpse behind the scenes of the “Roaring Twenties,” which not only brought the Great Depression, but where “dancing on the volcano” became the stuff of legend. Since May 2016 and continuing on until the end of this year, X Filme Creative Pool, ARD, SKY, and Beta Film are bringing the 1920 ́s back to life on original sites in Berlin, namely the back lot set “Neuen Berliner Straße” at the Studio Babelsberg and in North Rhine-Westphalia.

Babylon Berlin
As part of the music composition in the series, the Absolute Ensemble from New York under the artistic leadership of Kristjan Järvi, composed and recorded several musical pieces. In collaboration with the Babylon Berlin team. Babylon Berlin Live Event is a concert show with the original music cast from the the show, including visuals and stories from the series.